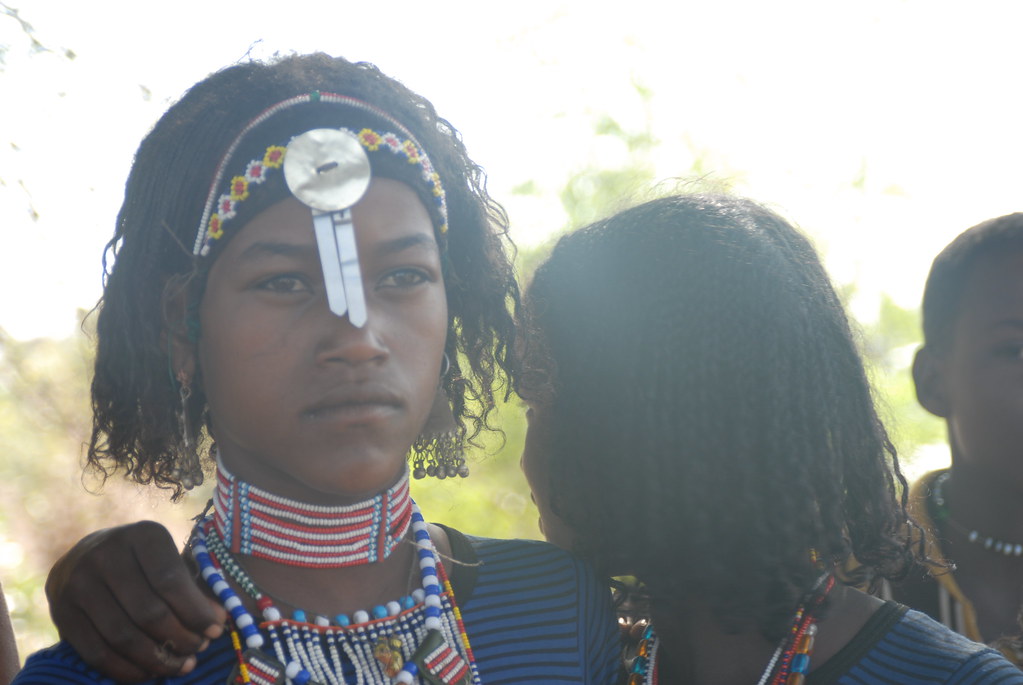 NEW YORK 14 JULY 2016 – Approximately two-thirds of men, women, boys and girls in countries where female genital mutilation is common say they want the practice to end – according to UNICEF data. In countries with available data, 67 per cent of girls and women and 63 per cent of boys and men oppose the continuation of the practice in their communities.

“Although female genital mutilation is associated with gender discrimination, our findings show that the majority of boys and men are actually against it,” said Francesca Moneti, UNICEF Senior Child Protection Specialist. “Unfortunately, individuals’ desire to end female genital mutilation is often hidden, and many women and men still believe the practice is needed in order for them to be accepted in their communities.”

Data show that in some countries men oppose FGM more strongly than women. In Guinea – the country with the second highest prevalence in the world – 38 per cent of men and boys are against the continuation of FGM, compared to 21 per cent of women and girls.  The same pattern is seen in Sierra Leone, where 40 per cent of boys and men want the practice to end, compared to 23 per cent of girls and women.

The most striking difference between men and women’s perceptions regarding FGM is also in Guinea, where 46 per cent of men and boys say FGM has no benefit, compared with just 10 per cent of women and girls.  The findings also show that in just over half the 15 countries with available data, at least 1 in 3 girls and women say FGM has no benefits.  The proportion is very similar among boys and men in all but two of the 12 countries with data.

In addition to a large majority of people opposing the harmful practice where it is concentrated, there is evidence of growing momentum and commitment to end FGM.

In 2015, both Gambia and Nigeria adopted national legislation criminalising FGM.  More than 1,900 communities, covering an estimated population of 5 million people, in the 16 countries where data exist, made public declarations to abandon FGM.  The Sustainable Development Goals adopted by the UN General Assembly in September 2015 include a target calling for the elimination of all harmful practices such as female genital mutilation and child marriage by 2030.

UNICEF’s research also reveals a possible link between a mother’s education and the likelihood that her daughter will be cut.  Among the 28 countries with available data, around 1 in 5 daughters of women with no education have undergone FGM, compared to 1 in 9 daughters with mothers that have at least a secondary education.

At least 200 million girls and women alive today in 30 countries around the world have undergone FGM – a range of procedures that can cause extreme physical and psychological pain, prolonged bleeding, HIV, infertility and death.

“Data can play an important role in exposing the true opinions of communities on female genital mutilation,” said Moneti. “When individuals become aware that others do not support the practice it becomes easier for them to stop FGM. More work is needed with young people, men and women, entire communities and religious and political leaders, to highlight these findings, and the harmful effects of FGM, to further accelerate the movement to end the practice.”

UNICEF and UNFPA co-lead the largest global programme to encourage elimination of FGM. It currently supports efforts in 17 countries – working at every level, from national to communities.

In Ethiopia, despite a steady reduction in FGM/C nationally over the past decade, still 23 per cent (nearly one out of four) girls between the ages of 0 to 14 undergo this practice (Welfare Monitoring Survey (WMS) 2011). According to the same source, FGM/C is practiced across all regions in Ethiopia with varying degree with the prevalence in Amhara (47 per cent), Benshangul-Gumuz (24 per cent) and Tigray (22 per cent), Oromia (17 per cent) and Harari (14 per cent). The regions with the highest prevalence rate are Somali (70 per cent) and Afar (60 per cent). The impact of FGM/C in these two regions is severe as the two regions practice the worst form of FGM/C which involves total elimination of the external female genitalia and stitching, just leaving a small opening for urination.

The Government of Ethiopia has taken strategic and programmatic measures to eliminate FGM/C. Some of the key actions include; endorsement of the National Strategy and Action Plan on Harmful Traditional Practices against Women and Children and communication strategy for social norm change and establishment of the National Alliance to End Child Marriage and FGM/C. Moreover, the Government has shown a ground-breaking commitment to end FGM/C and child marriage by the year 2025 at the London Girls’ Summit and reinforced by setting a target to reduce the practice to 0.5 per cent by 2020 in the Growth and Transformation Plan II (GTP II).

UNICEF is supporting the Government of Ethiopia in developing a roadmap which defines the long term strategic and programme interventions and the role of different actors, strengthening the National Alliance through supporting the establishment of functional secretariat, enriching the Ethiopian Demographic and Health Survey (EDHS) module to include better data and organization of consensus building sessions with religious leaders in collaboration with UNFPA and other Alliance members.

UNICEF and UNFPA have been working hand in hand for many years in Ethiopia for the abandonment of FGM/C. One of the exemplary programs that can be sited is the joint programme on accelerating the abandonment of Female Genital Mutilation/Cutting in Afar Region. The program has a social mobilization component which includes; training of community dialogue facilitators, facilitated community dialogue, working with religious and clan leaders, youth dialogue targeting in and out of school girls and a care component which involves tracking cases of complications with linkage to health facilities. Also, improving enforcement of the law through increasing legal literacy, strengthening special units in the law enforcement bodies for better reporting and management of cases. The programme has recorded pronounced success in facilitating declaration of abandonment of the practice in 6 districts in Afar Region, and eventually expanding to other districts in Afar and other regions.