NEW YORK/ ADDIS ABABA, 7 October, 2016 – Girls between 5 and 14 years old spend 40 per cent more time, or 160 million more hours a day, on unpaid household chores and collecting water and firewood compared to boys their age, according to a report released by UNICEF ahead of International Day of the Girl on 11 October.

Harnessing the Power of Data for Girls: Taking stock and looking ahead to 2030 includes the first global estimates on the time girls spend doing household chores such as cooking, cleaning, caring for family members and collecting water and firewood.

“The overburden of unpaid household work begins in early childhood and intensifies as girls reach adolescence,” said UNICEF’s Principal Gender Advisor Anju Malhotra.  “As a result, girls sacrifice important opportunities to learn, grow, and just enjoy their childhood. This unequal distribution of labour among children also perpetuates gender stereotypes and the double-burden on women and girls across generations.”

The report notes that girls’ work is less visible and often undervalued. Too often adult responsibilities such as caring for family members, including other children, are imposed on girls. Time spent on chores limits a girl’s time to play, socialize with friends, study and be a child. In some countries, collecting firewood and water puts girls at risk of sexual violence.

The report also found that:

Harnessing the Power of Data for Girls: Taking stock and looking ahead to 2030 notes that data for two thirds of the 44 girl-related indicators in the Sustainable Development Goals (SDGs) – the global roadmap to end poverty, protect the planet and ensure prosperity for all – are either limited or poor. In addition to household chores, the report presents data on girl-related issues addressed by the SDGs including violence, child marriage, female genital mutilation and education. Achieving the SDGs that address these issues and empowering girls with the knowledge, skills and resources they need to reach their full potential, is not only good for girls, but can drive economic growth, promote peace and reduce poverty 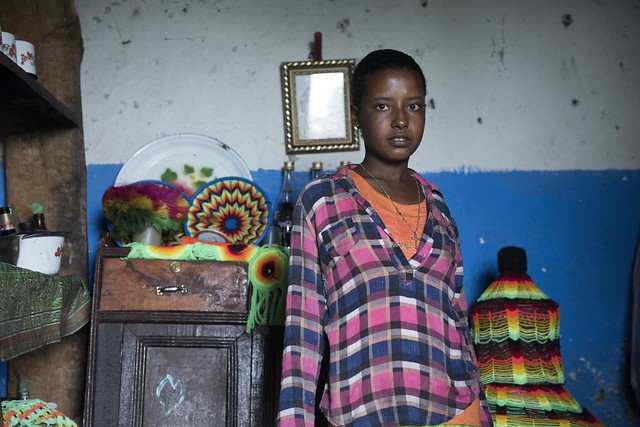 In Ethiopia, girls face a multiplicity of social and structural barriers in all the developmental domains hindering their capacity to seize opportunities and make strategic life choices that will enable them realize their full potential.  The limited age and gender disaggregated data and evidence available in the country shades light to some of these challenges. For example, girls carry a heavy burden of household chores and fall behind their class and unable to follow their education.

In its recently adopted country programme strategy (2016-2020), UNICEF has incorporated an outcome on adolescent girls’ and has developed a girls’ strategy to strengthen the efforts of the Government of Ethiopia to empower girls and free them from child marriage and FGM/C by 2025.