NEW YORK/JOHANNESBURG/ADDIS ABABA 1 December 2016 – New HIV infections among adolescents are projected to rise from 250,000 in 2015 to nearly 400,000 annually by 2030 if progress in reaching adolescents stalls, according to a new report released by UNICEF today.

“The world has made tremendous progress in the global effort to end AIDS, but the fight is far from over – especially for children and adolescents,” said UNICEF Executive Director Anthony Lake.  “Every two minutes, another adolescent – most likely a girl – will be infected with HIV. If we want to end AIDS, we need to recapture the urgency this issue deserves — and redouble our efforts to reach every child and every adolescent.”

AIDS remains a leading cause of death among adolescents, claiming the lives of 41,000 adolescents aged 10-19 in 2015, according to the 7th Stocktaking Report on Children and AIDS: For Every Child: End AIDS.

The report proposes strategies for accelerating progress in preventing HIV among adolescents and treating those who are already infected. These include:

·         Investing in innovation including in locally grown solutions.

Globally there were nearly 2 million adolescents aged 10 -19 living with HIV in 2015. In sub-Saharan Africa, the region most impacted by HIV, girls accounted for three out of every four new infections among adolescents aged 15-19.

Other findings in the report include:

·         Remarkable progress has been made in preventing mother-to-child transmission of HIV. Globally, 1.6 million new infections among children were averted between 2000 and 2015.

·         Children aged 0–4 living with HIV face the highest risk of AIDS-related deaths, compared with all other age groups, and they are often diagnosed and treated too late. Only half of the babies born to HIV-positive mothers receive an HIV test in their first two months, and the average age that treatment begins among children with vertically acquired HIV in sub-Saharan Africa is nearly 4 years old.

Despite progress in averting new infections and reducing deaths, funding for the AIDS response has declined since 2014, UNICEF said. 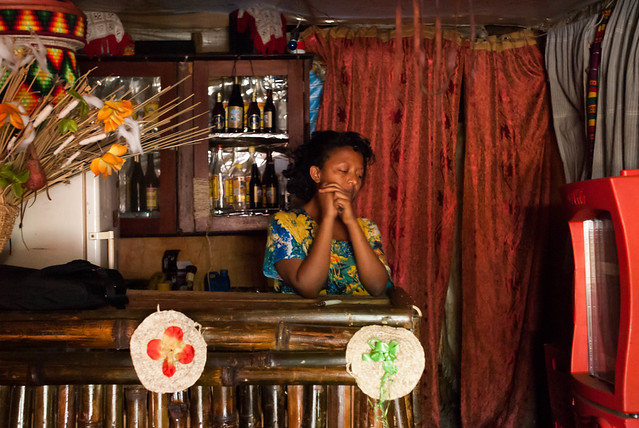 In Ethiopia, the prevalence of HIV is low compared to other African countries. In 2011, 1.5 per cent of the population between the ages of 15 and 49 was HIV positive. However, taking into account the country’s large and growing population, the absolute number of people infected with HIV is high. By the end of 2015, the estimated number of people living with HIV was 740,000 including 84,000 children under the age of 15 years.

The 2011 Ethiopian Demographic Health Survey (EDHS) has provided evidence that the epidemic continues to be highly heterogeneous by region, ranging from the lowest (0.9 per cent) in SNNPR to the highest (6.5 per cent) in Gambella. The survey also indicates disparity by gender (1.9 per cent) for adult women whereas (1.0 per cent) for adult men. HIV prevalence is also increasingly concentrated in large urban areas and along major transport corridors. According to the 2015 Ethiopia Public Health Institute (EPHI) study, 67 per cent of people living with HIV reside in urban areas.

Young people are often at a greater risk of infection. They may have shorter relationships and more partners, or engage in risky sexual practices. Also, girls are at a high risk of HIV infection due to gender-based inequality and partner violence.

Over the last ten years, Ethiopia has dramatically reduced new infections and AIDS related deaths by more than 50 per cent (UNAIDS 2015). As part of the global target to end AIDS by 2030, UNAIDS sets new targets for 2020 referred to as 90:90:90 – which implies reaching- 90 per cent of HIV testing, 90 per cent of Antiretroviral Treatment and 90 per cent of reducing viral load. By the end of 2015, Ethiopia had already enabled more than 60 per cent of the people living with HIV to know their status and 52 per cent, or more than 386,000 of people living with HIV to receive Antiretroviral Treatment (Global AIDS Response Progress Reporting ETHIOPIA: 2015 REPORT).