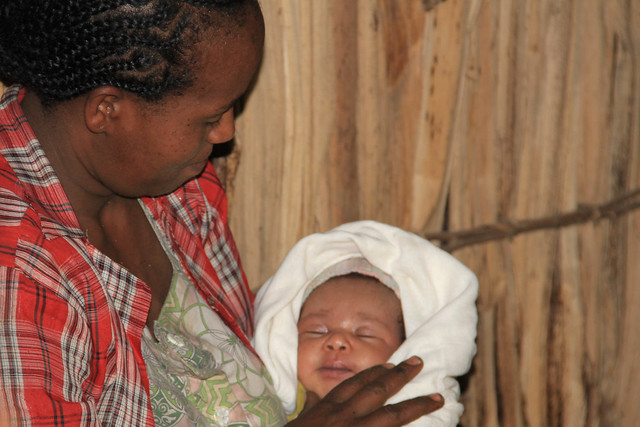 ADDIS ABABA: 24 November 2014: By 2025, Ethiopia could save as many as 76,800 mothers and babies each year if it continues its aggressive efforts to develop and implement effective strategies to improve maternal and newborn health. These estimates were released in Addis today at the Ethiopia launch of The Lancet Every Newborn Series 2014 and the Every Newborn Action Plan.

The authors of the Series say that while Ethiopia is one of the 10 countries with the highest numbers of neonatal deaths, it is currently ranked fifth in the world as having the greatest potential to save maternal, perinatal and neonatal lives by 2025. A systematic assessment of challenges in high-burden countries like Ethiopia, revealed that the most common barriers to improving survival were related to the health workforce, financing, and service delivery. By addressing these challenges, many lives can be saved in the next decade alone.

Yet far too many babies and mothers in Ethiopia still die from preventable causes with 84,000 babies dying before their first month, and an additional 78,400 who are stillborn. The major killers were prematurity, complications during child birth including trouble breathing, and severe infections, which together cause more than 80 percent of neonatal deaths. More than two-fifths of Ethiopia’s under-five deaths are among newborns.[1][2]

Birth is the riskiest time for mothers and their babies, but there is an opportunity to accelerate progress towards ending preventable newborn and maternal deaths,” said John Graham, Country Director for Save the Children. “Our five-year research known as Community-based Interventions for Newborns in Ethiopia (COMBINE) shows community-based treatment of severe neonatal infections can reduce newborn deaths after the first day of life by as much as by 30 percent. This demonstrates investment in community-based newborn health programme will reduce newborn deaths and sustain the country’s remarkable achievements in tackling child deaths.”

The Series findings present the clearest picture to date of a newborn’s chance of survival in countries around the world and highlight the steps that must be taken to end preventable infant deaths. New analyses indicate that 3 million maternal and newborn deaths and stillbirths can be prevented each year around the world with proven interventions—including the promotion of breastfeeding, neonatal resuscitation, kangaroo mother care for preterm babies, and the prevention and treatment of infections.

These interventions can be implemented for an annual cost of US$1.15 per person. Providing quality care at birth yields a quadruple return on investment—saving mothers and newborns, and preventing stillbirths—and protects babies from disability.

“Newborn survival is as attainable as child survival, we know why and when newborns are dying,” said Patrizia DiGiovanni, Representative a.i., UNICEF Ethiopia. “We also know what we need to do to reduce neonatal death. Investment on newborn survival has a promising return for future generations. The time to act is now.”2

Ethiopia is using the lifecycle approach to implement a number of high impact interventions to ensure newborn survival; this starts before pregnancy, through pregnancy delivery and the postnatal period. The country is currently revising the national newborn and child survival strategy taking the newborn survival agenda as central.

“There is tremendous opportunity and we know what needs to be done to ensure every Ethiopian mother and her baby have a healthy start,” said Dr. Gary L. Darmstadt, Lancet Series author and senior fellow at the Bill & Melinda Gates Foundation. “Countries that have made recent, rapid reductions in newborn and maternal deaths have done so by expanding the number of skilled health workers, rolling out innovative mechanisms to reach the most underserved families, and focusing on improving care for newborns.”2

“The success in Ethiopia is primarily due to political commitment and the introduction of our home grown innovative community health workers programme called the Health Extension Programme”, said Dr. Kesetebirhan Admasu, Minister, Federal Ministry of Health.

Health extension workers are equipped with the skills and equipment to identify pregnant mothers early, conduct focused, antenatal care, facilitate skilled birth care, conduct postnatal home visits to identify complications in both mothers and newborns and take appropriate measures, including but not limited to the treatment of newborns with severe infections by using oral and injectable antibiotics when referral is not possible or acceptable by families. The Health Development Armies are supporting the 38,000 Government funded health extension workers in mobilizing communities to promote key healthy behaviors including early care seeking for newborns, children and mothers.

[1] The Lancet Every Newborn Series