SOUTHERN NATIONS, NATIONALITIES AND PEOPLE’S REGION (SNNPR), November 2016- Poverty and drought have left people in many parts of Ethiopia to grapple with food shortage; SNNPR is no different. Children are most affected, as evidenced by a high number of severe acute malnutrition (SAM) cases. Fortunately, the Government of Ethiopia implements the Community-Based Management of Acute Malnutrition (CMAM) programme, supported by UNICEF with generous contribution from European Commission’s humanitarian aid department (ECHO). The programme enables children affected by malnutrition to receive life-saving services at stabilization centres (SC) and health posts, such as 32-year-old Bogalech Boreda’s twin infants. 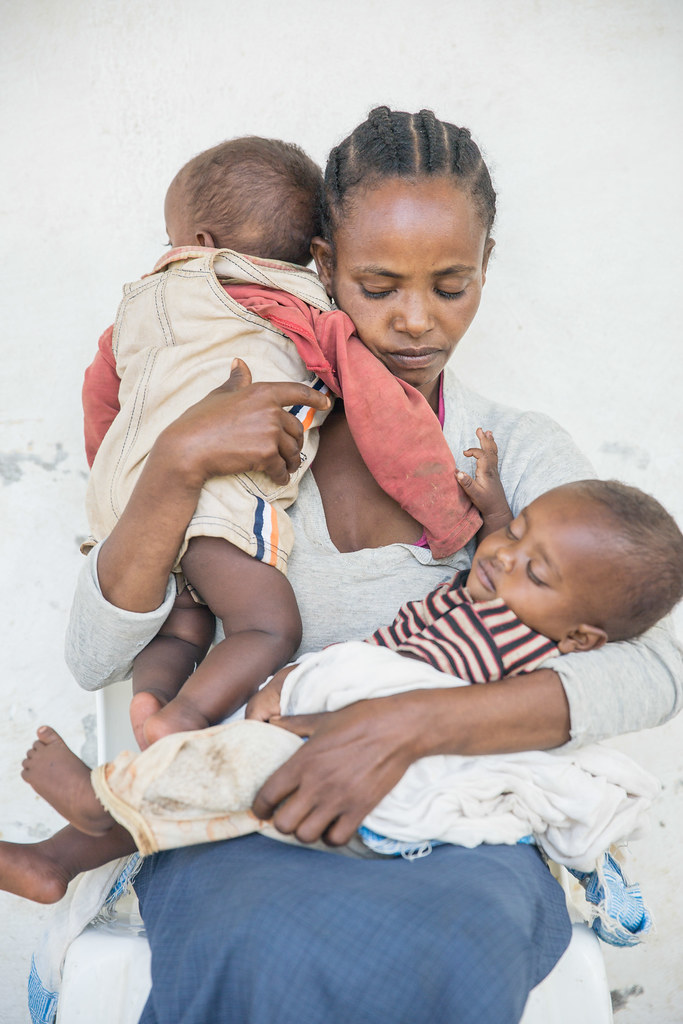 Bogalech’s 10-month-old twins Kibru and Tegegn have been in the Outpatient Therapeutic Feeding Programme (OTP) for SAM more than once. Since Bogalech has three more children at home, she says feeding the twins has not been easy. 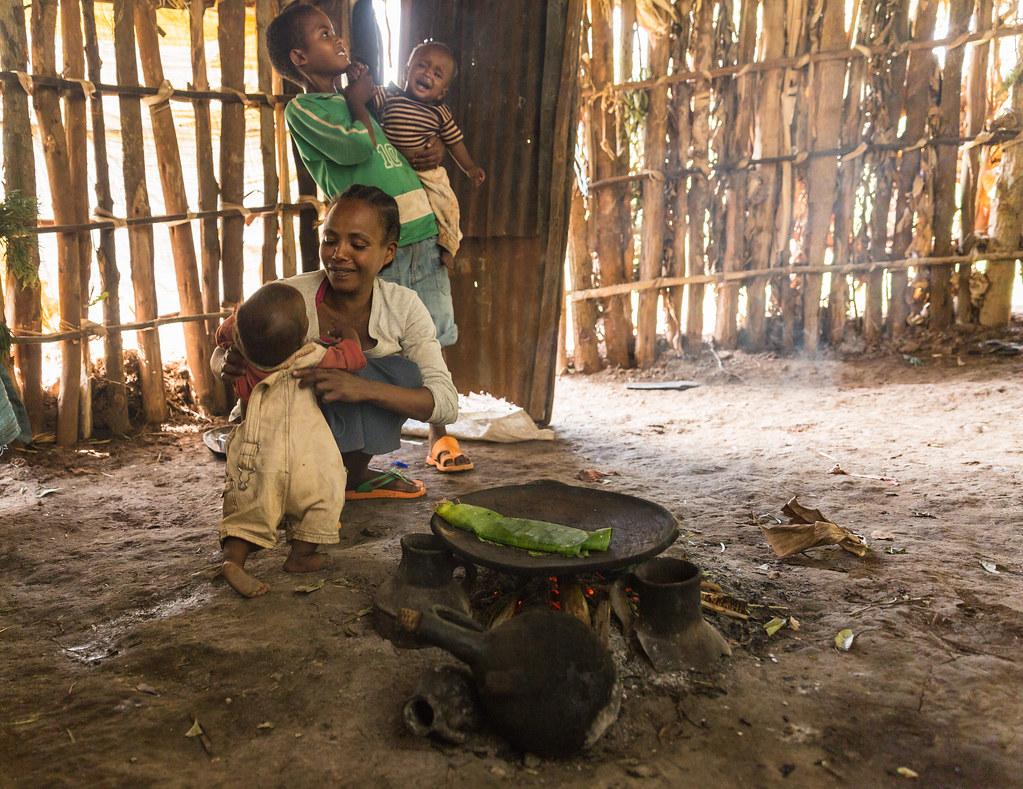 She gets help from her older children when they return from school, such as Caleb, 12, pictured here holding one of the twins.  Still, taking care of the infants occupies most of Bogalech’s day, making it impossible for her to work. Her husband is unemployed with an additional two children from another wife, his earnings from a small plot of farm land are not enough to provide for them. 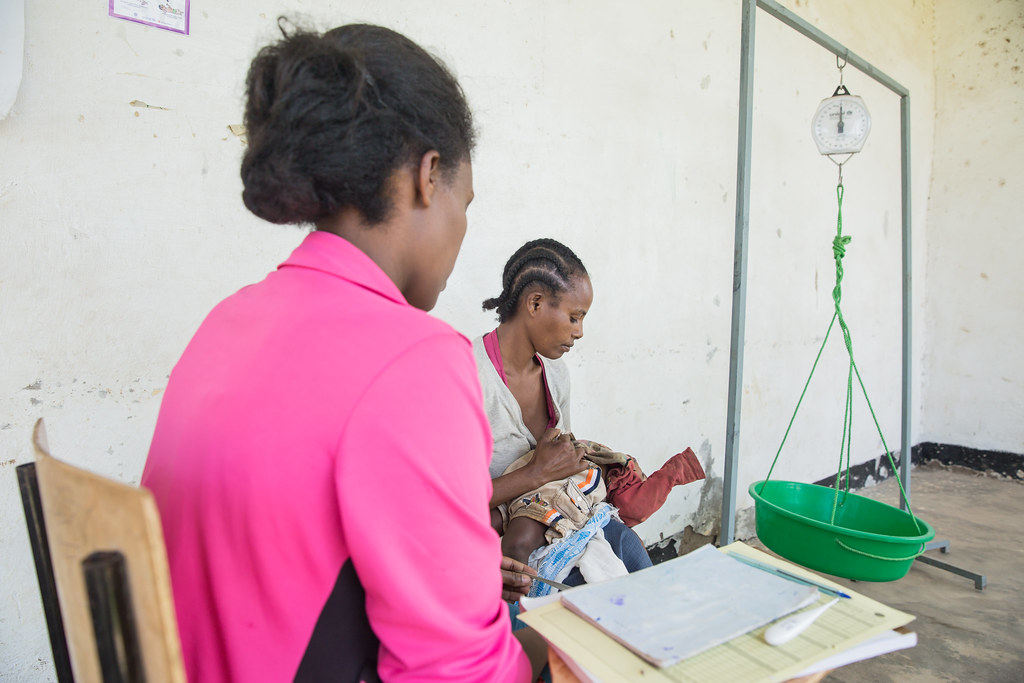 The health extension workers (HEWs) of Morancho Kutela health post have arranged for Bogalech to receive targeted supplementary food multiple times since the twins were born. “I normally had enough milk to nurse my children in the past,” explains Bogalech, “but now, there are two of them and I also do not eat enough at home, so they have been suffering since they were born.” 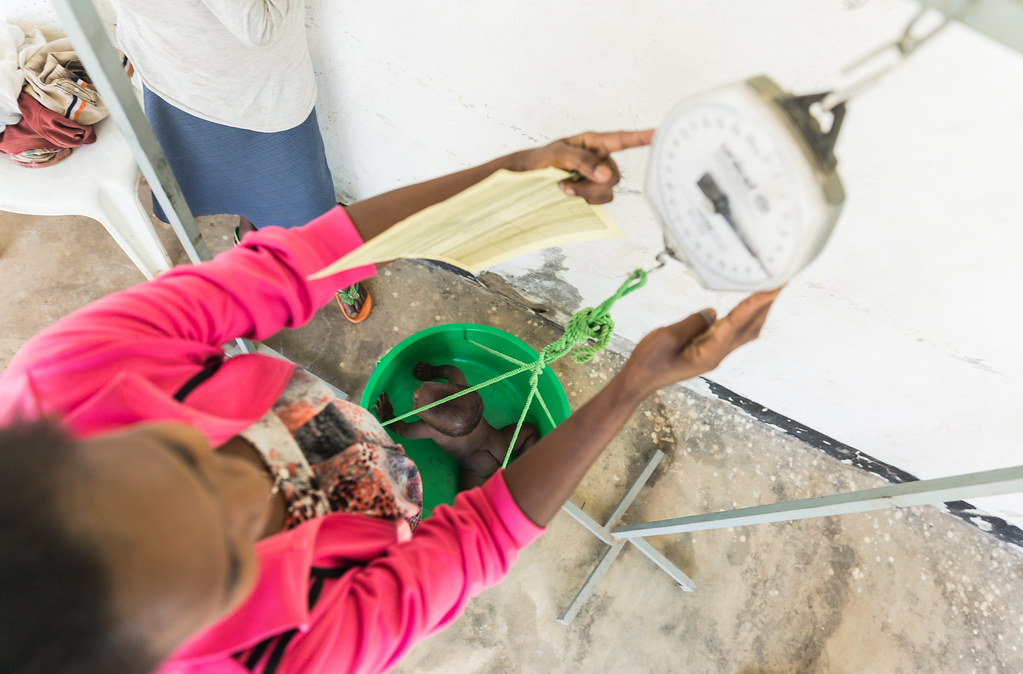 Three weeks before the picture was taken, Tegegn suffered from diarrhoea and was referred to the Stabilization Centre (SC) at the kebele’s (sub-district) health centre. After a few days of antibiotics and therapeutic milk treatment, he was referred to the health post for OTP to continue his treatment as an outpatient. Since his brother’s situation was not much better, both were enrolled to receive the RUTF. 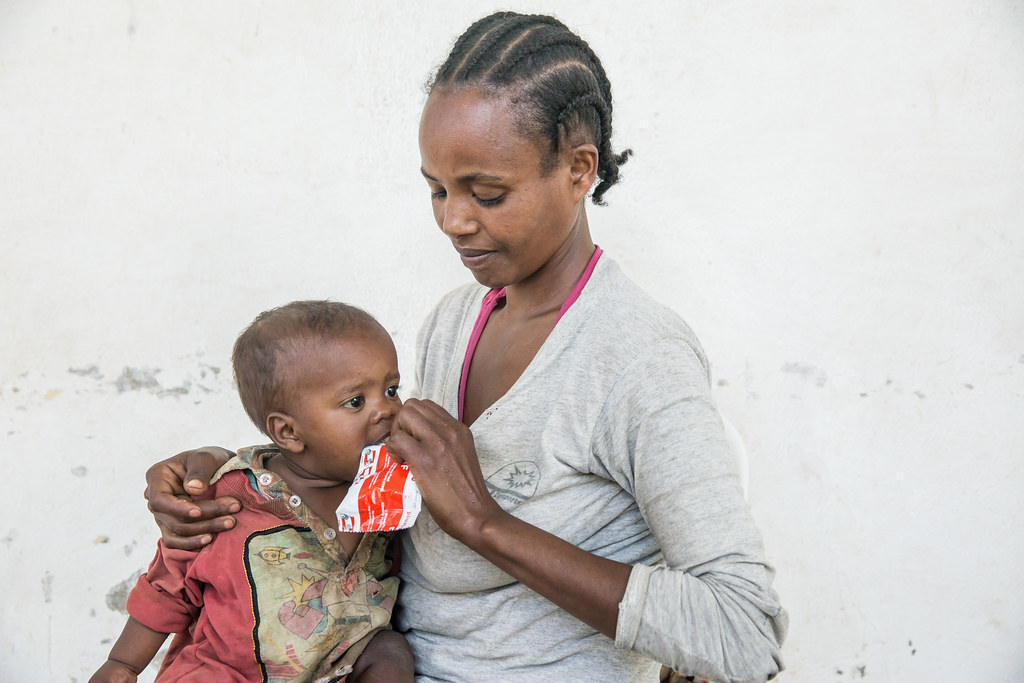 In the two weeks since the boys’ treatment began, Bogalech says she has seen progress on her babies’ health and appearance. “They love the [RUTF], they just cannot get enough of it. And the thought of having something to give them when they are hungry gives me such relief,” she adds. Since she is nursing them and providing additional food in her home, she hopes they will grow strong and healthy. 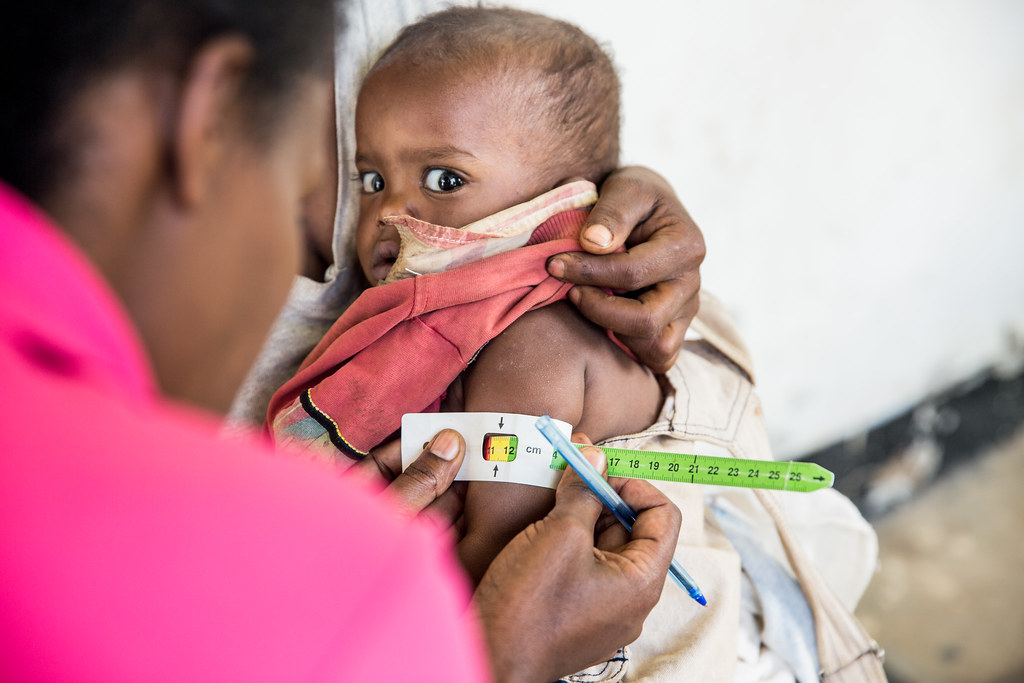 Their middle-upper arm circumference (MUAC) and weight is measured every week until they reach their target weight for discharge. Currently at 6.2 kg, Tegegn’s target weight for discharge is 6.9 kg, which is still about 2 kg underweight for an average 10-month-old boy according to World Health Organization guidelines. His MUAC was 10.9 cm when he was first enrolled for treatment and has now reached 11.25 cm. 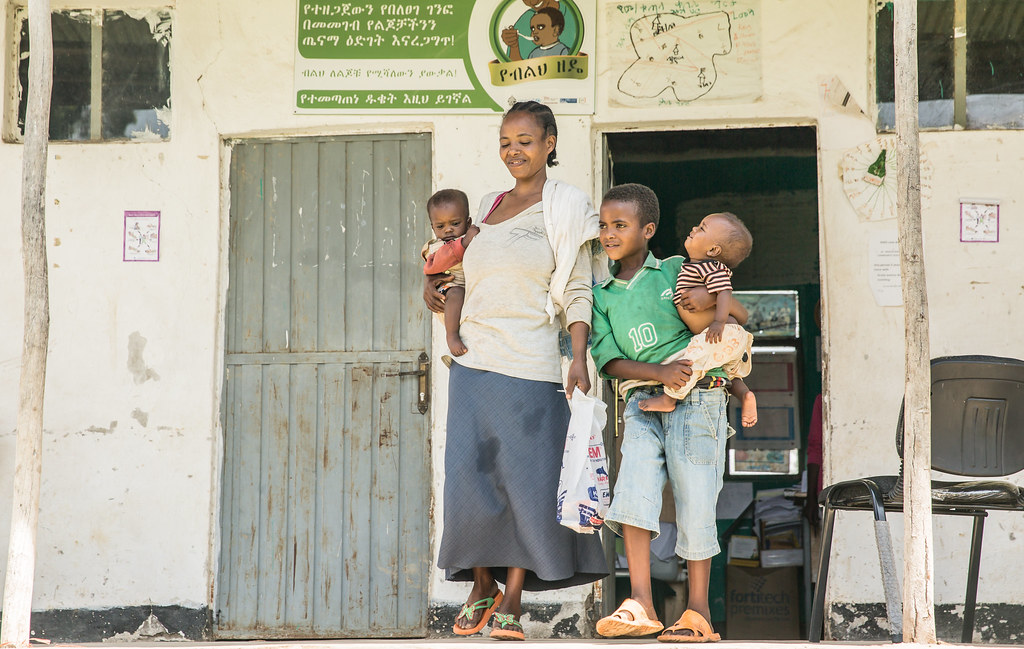 Bogalech dreams of starting an avocado and corn flour business in the market to support herself and her children.

Today is Father’s Day, and we want to celebrate the strength of paternal bonds with this selection of beautiful images from our Flickr of fathers spending time with their children.