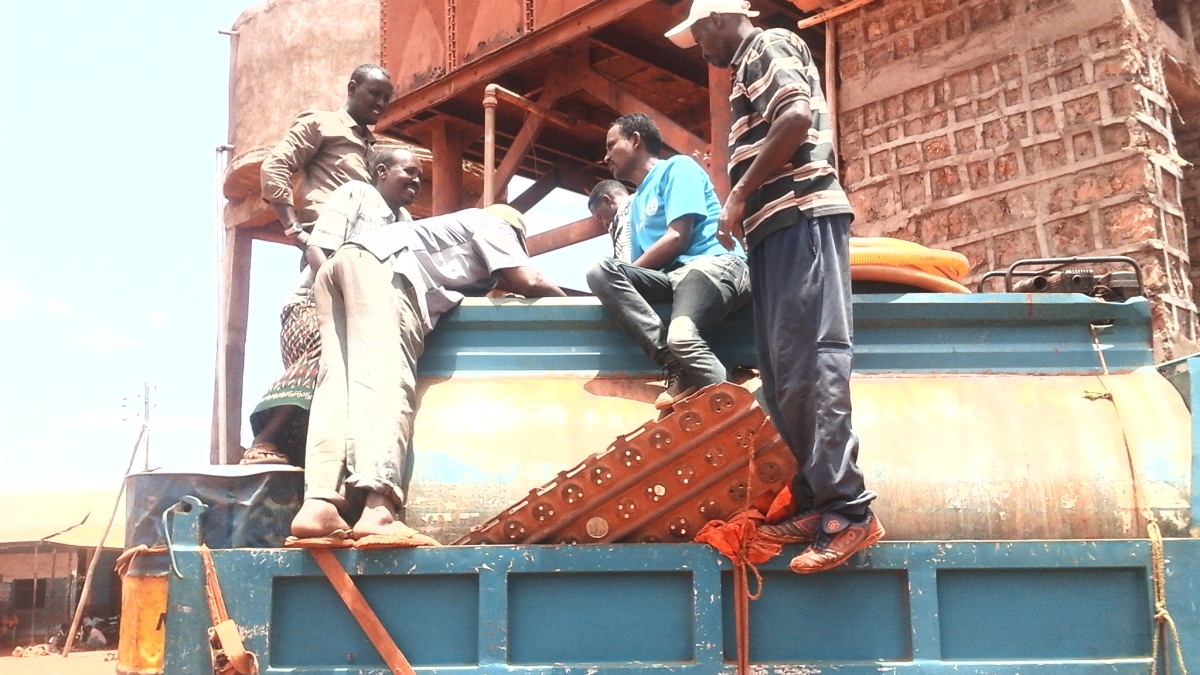 SOMALI Region, 20 April 2017 – When Basazin Minda was requested to support the acute watery diarrhoea (AWD) response in Somali region, he did not hesitate. In fact, within one week, he handed over his duties to colleagues in UNICEF Oromia team and was in Jigjiga office.

Complex emergencies are not new to him. He was in Gambella when a South Sudanese refugee influx necessitated immediate WASH response. And when an AWD outbreak threatened lives in the southern cross-border town of Moyale, Basazin led the AWD WASH response and coordinated joint Kenya and Ethiopia control mechanisms. This is part of why he loves working with UNICEF – there is full support and resources to take quick action as well as the flexibility to respond where needed when communities are facing crisis, such as the AWD outbreak.

One lesson he learned from those past emergencies was that to have an impact, it required extensive human resources in the affected areas. Recently hired WASH Information Management Officers (IMOs) were available to support his team and he soon learned about UNICEF Health section’s C4D (Communication for Development) consultants, which could help spread the critical WASH messages to stop the spread of AWD.

AWD describes infections that can result in easily transmitted and potentially deadly diseases. The spread of such disease is very high in areas with water scarcity and can have a devastating impact on children who may already be undernourished. Additionally, those living in crowded spaces with poor access to WASH facilities, like the many temporarily displaced families, also face a higher risk.

The recent AWD outbreak peaked in Somali region in February 2017 and now more than 50 per cent of the woredas (districts) are reporting active cases. Particularly due to the current Horn of Africa drought, there are refugees coming from neighbouring Somalia, as well as temporarily displaced Ethiopian Somalis, as people move in search of water, food and pasture for their livestock. The predominately pastoralist Somali region is the worst drought-affected area in Ethiopia with over 30 per cent of the region’s population requiring food assistance in 2017. Living conditions of these temporarily displaced people are often inadequate and widespread open defecation poses a risk of the spread of AWD, among other disease outbreaks.

Upon arrival, Basazin began a series of discussions with people from UNICEF, the Regional Water Bureau (RWB) and the zonal command post. What he learned immediately on the ground was a little different than he had prepared himself for. He came for mass chlorination of boreholes to stop the spread of AWD. However, he identified that boreholes are protected. “This is what can be so interesting about emergencies. You go in with one mind set and task and immediately are faced with a reality that may differ. The problem was not the water sources, so the contamination had to be happening at some point after water is collected, either during collection or storage,” Basazin explains.

Like detectives, Basazin and the newly formed team began contacting local water office staff and meeting with various community members to pinpoint where this contamination was coming from. The team concluded that contamination was occurring from water trucking, during the transport of water (usually by donkey cart) and at the household level, where dirty jerry cans were utilized repeatedly. Now the task has shifted to a multi-effort approach including mass chlorination of water trucks, community awareness campaigns to ensure clean jerry cans and training sessions for local water staff on chlorination standards.

The RWB staff know about chlorination, however at this critical time of drought and AWD, with a mobile team equipped with testing kits, jerry cans and barrels of HTH chlorine solution, everyone was eager to learn more from practical demonstrations. A key lesson that was missing before now was how to calculate correct measurements of chlorine according to the container size to ensure disinfection. Referencing UNICEF WASH guidelines, Basazin prepared a guideline of chlorination and turbid water purification with these specific calculations included and it was subsequently distributed to all water offices in the region.

The feedback was positive after the training and RWB staff proliferated the learning by sharing demonstration photos through their Viber group, a mobile messaging application utilized by all Somali RWB staff.

One water office participant commented after a demonstration, “Assistance has come through here and sometimes guidance is offered, but not like this. Receiving evidence-based participatory training makes a big difference.”

Basazin did not always explain the calculations and guidelines. Another lesson his work has taught him is to tailor his WASH messages according to the audience. “AWD bugs will attack the water if it finds it without chlorine and consequently the attack will reach to human beings.” There was laughter when Basazin used this metaphor.

The team is working through Good Friday, the big Easter holiday and weekends to curb the outbreak and spirits remain high. Basazin’s energy and commitment to ensuring his work has impact is easily detected as he speaks. “I like to learn today and implement for tomorrow,” he says. “Perhaps another idea coming from this mission is that we should highlight a jerry can and water truck washing day, just as we promote handwashing day.” He is also quick to admit this is not a one-man show. With the UNICEF Jijiga and Addis team and the community, mass chlorination is taking place exactly where needed to curb the AWD outbreak.

“Everything has a solution,” Basazin declares. 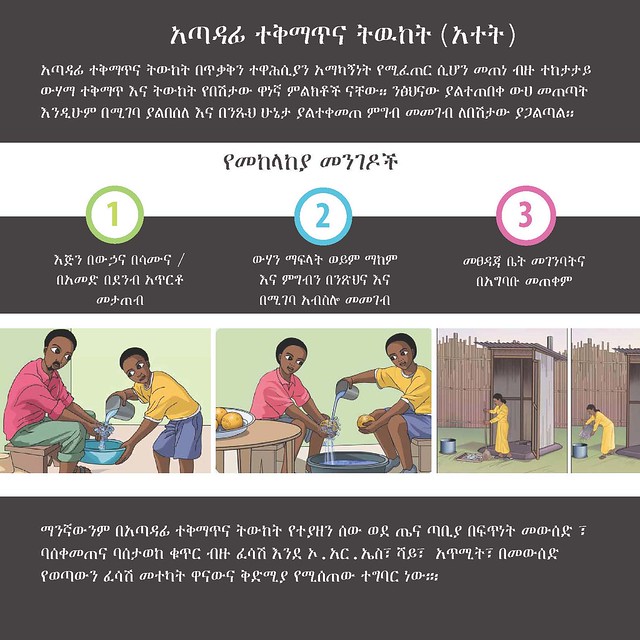